Brian Canter recently graduated with a Ph.D. in Biomedical Engineering from Rutgers University, and is an active member of the Grants and Finance Committee. 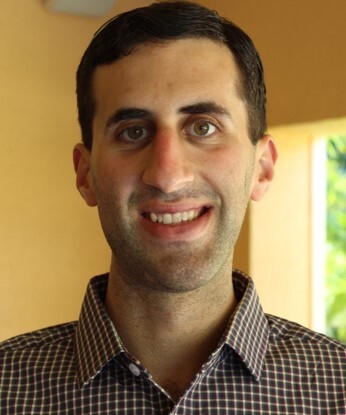 My research examined the use of radiation as a systemic therapy for breast cancer that spreads to bone. I worked with a mouse model of metastatic breast cancer and found that cancer cells outside the range of particulate radiation were undergoing DNA damage and cell death.

I became interested in science policy as I thought more about how my research can affect society and how society affects my research. I knew my lab’s research was funded by the National Institutes of Health (NIH) and I began looking into how the NIH budget was formulated and approved. Also, I started exploring how the therapy my lab was working with in preclinical research would receive approval for use in people. I was inspired by seeing the organized pushback to taxing graduate student tuition in an early version of the 2017 Tax Cuts and Jobs Act. I also felt empowered after attending the 2018 Catalyzing Advocacy in Science and Engineering workshop organized by the American Association for the Advancement of Science.

At the same time, I saw that there was not infrastructure at my institution to fully invest in science policy and make the broader impact I felt was possible. I had previously signed up on the mailing lists for the National Science Policy Group (NSPG) and the local chapter at Rutgers. When the NSPG announced it was integrating into the newly formed National Science Policy Network, I worked to revitalize and revamp the Rutgers chapter into Science Policy and Advocacy at Rutgers (SPAR). Getting SPAR off the ground was not possible without receiving microgrant funding from NSPN in the fall of 2018.

How are you involved in NSPN and your local chapter?

My involvement with my local chapter, SPAR, wound down as I completed my degree. I was proud to have led a successful leadership transition after having served as Co-President for 2 years. I worked with the current leaders of SPAR to ensure the chapter would have access to the network of relationships built within and outside of Rutgers. Furthermore, the last project I led as Co-President of SPAR was developing virtual lesson-plans and interactive exercises for elementary school students in Montclair, New Jersey at the beginning of the pandemic. These lesson-plans taught the students that science was a team-based enterprise that incorporated individual researchers’ values and personalities. The interactive exercises were designed to help students and their parents better understand the basics of drug development against the novel coronavirus.

What else do you do in the science policy space?

I currently lead Radiation researchers for Equity, Diversity and Inclusion (REDI), which works within the Scholars in Training Committee of the Radiation Research Society (RRS). My work with REDI has focused on bettering RRS and radiation research by building capacity among early-career radiation researchers. I have organized multiple sessions at the 2020 RRS Virtual Meeting and continue to work with RRS leadership on Society policy changes that will benefit underserved groups as well as early career scientists.

What do you enjoy doing outside of science policy?

Outside of science policy, I enjoy spending time with my partner and our animals (two cats and one dog). I am a devoted runner with Team Vark in Bethlehem, Pennsylvania. I have come to appreciate trail running and hiking in the Lehigh Valley. I also love to cook and take great pride in planning weekly recipes using ingredients sourced from local farms. I tend to a small backyard garden while also keeping watch for any birds that visit. I am passionate about all things Philadelphia sports with an interest as well in European soccer and Olympic sports.