Lyndsey Gray Shares Her Foray into Science Policy and Diplomacy

Lyndsey Gray is a PhD candidate at Colorado State University and an active member of the NSPN Diplomacy Committee. She is also the president of the Northern Colorado Chapter of Graduate Women in Science, a volunteer staff member of Engineers and Scientists Acting Locally, and a Returned Peace Corps Volunteer. She discusses her work, her foray into science policy and diplomacy, and shares some thoughts about how any early career researcher interested in exploring science policy should do so wholeheartedly. 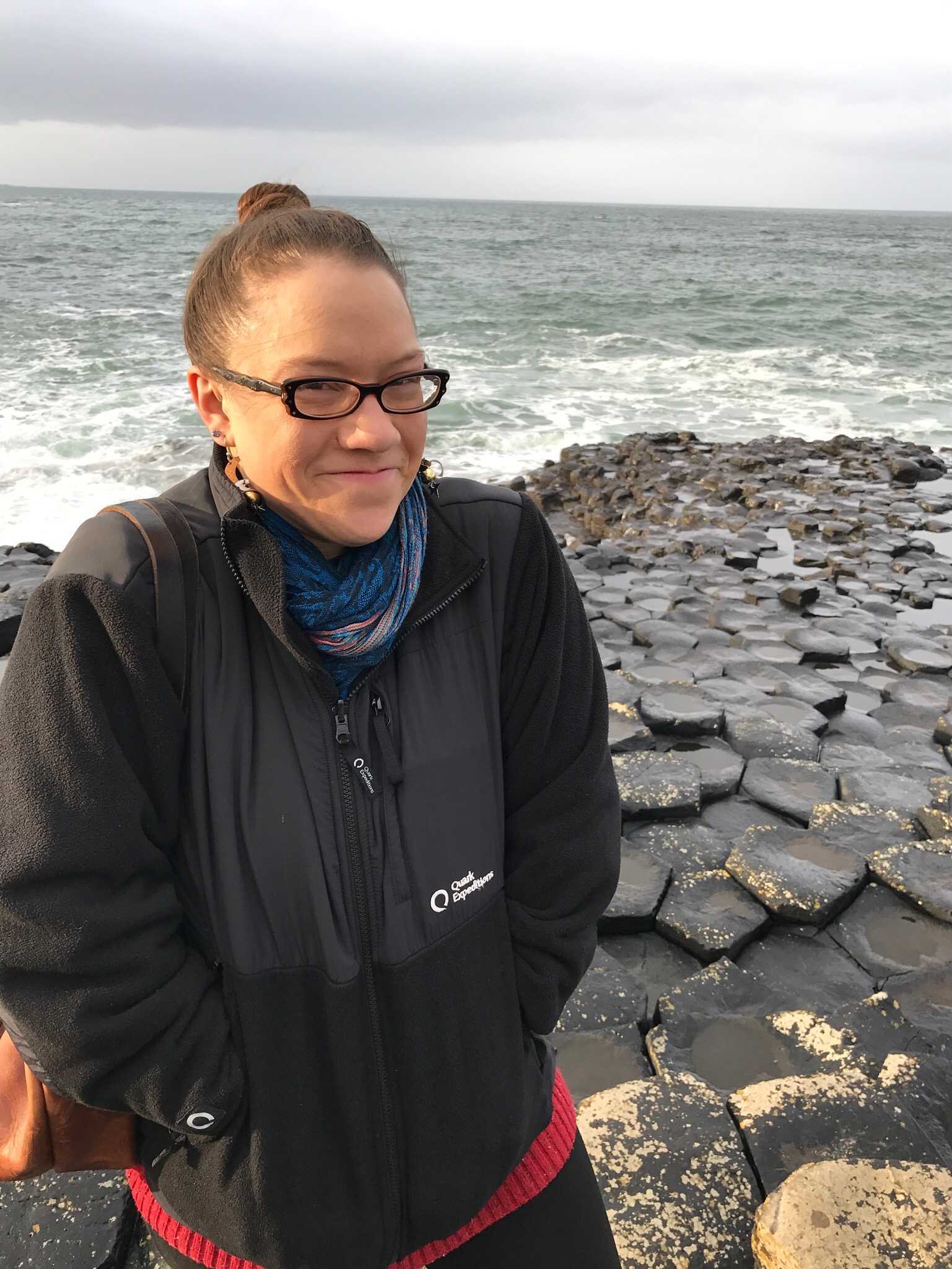 What is your research about?

At its core, my research project asks, “What if you could take a pill that makes your blood toxic to mosquitoes?” In essence, this is what happens when people take the medication ivermectin. To date, the drug has been used as a crucial anti-parasite treatment in both people and animals. But, we’ve found that when insects ingest ivermectin-treated blood, the drug fatally binds to a critical protein channel common in invertebrate nervous systems. My lab has been exploring how ivermectin could be used as a novel malaria prevention strategy in areas endemic to the disease. For my graduate thesis, I’ve been working on a phase III ivermectin human clinical trial, monitoring how drug administration among humans impacts disease-carrying mosquito populations and interrupts normal malaria transmission.

I started to realize early in my graduate career that I was most fulfilled when translating my science to non-scientists, and using my findings to inform broad-scale community initiatives outside of the lab. Acting as a knowledge broker and science communicator soon became my sweet spot, but for a long time I didn’t know how to embody those roles in a true career field. Once I discovered the realm of science policy, I felt like I finally found a place in science where I could bring the best parts of myself to the table. As corny as it sounds, I found a home.

How did you find NSPN?

I really have to give the credit to my incredible peer, Dilara Kiran. I had a pretty dark moment in graduate school where I became very disillusioned with the rigidity of academia. Although I was only at the halfway mark in my degree track, I was quickly realizing that pure bench research was not going to sustain me to the end of my PhD. I needed something else to be passionate about if I was going to survive, and I suspected being proactively involved in science advocacy could be my lifeline. So, I reached out to Dilara for clarity and guidance. In just our initial conversation alone, she introduced me to the phrases “science policy” and “science diplomacy.” She also pointed me towards NSPN, explaining that I could not only use the group to explore what science policy and diplomacy meant for my career, but also find solidarity, support, and community among fellow early-career researchers. She was absolutely correct on both accounts.

What science policy projects and/ or Committees are you working on that you are really excited about right now?

If I had to pick just one (a very hard task, as all NSPN projects that I’ve worked on have been an absolute blast and wonderful learning journey), I’d have to zero in on the Science at State working group within the Science Diplomacy Committee.

The COVID-19 pandemic is just one example among a litany of environment, science, technology, and health (ESTH) issues that have been at the forefront of recent international relations. Realizing this, a group within the Science Diplomacy Committee, called Science at State, embarked on a mission to encourage greater ESTH expertise to flow into the Department of State. Thus far, our approach has been multi-pronged. We’ve written a policy memo to the Biden-Harris transition team about how the Department of State can strengthen its diplomatic infrastructure and increase ESTH capacity. We even had the opportunity to advocate our ideas directly with a transition team representative.

We’ve additionally launched a partnership with Duke University to start creating joint educational opportunities to pre-train scientists on matters of basic diplomacy. Our hope is to increase training capacities even further by expanding the Committee’s recently launched SciDEAL program. Within our Duke partnership, we’re also exploring ways to advocate for greater ESTH proficiency in the Department of State via collaborative writing projects, and eventual recruitment of staff members who can work with us directly within the US government. Overall, this working group has been such a wonderful opportunity for NSPN members to not only collaborate closely with one another, but also engage directly with those in the thick of government on issues pertinent to science diplomacy.

What do you enjoy doing outside of science policy?

I am an avid fan of stories of any kind, so you can normally find me filling my random pockets of free time with an audiobook, a good-old-fashioned paperback (recent favorites include the Saga series, The Broken Earth trilogy, A Promised Land, and A Gentleman in Moscow), or a podcast radio drama (anything written or produced by Gabriel Urbina is amazing). I also am an obsessive fan of 1000+ piece jigsaw puzzles, am a proud dog and reptile mom, raise tarantulas and houseplants, and enjoy learning French.

I think a preeminent fear for many early-career researchers wanting to go into science diplomacy is that we are underqualified. Unlike our peers who have a more policy-centric background, we haven’t been formally trained in the ins and outs of working in diplomacy spheres. While there certainly is some additional learning, as well as an attitude of humility, that scientists have to adopt to make the full career transition, we’re not working from as much of a skills deficit as we may believe we are. Someone once described diplomacy to me as, “a conversation where the goal is to listen to someone else, see what mutual values you share and agree on, and use that as a launchpad to build trust and convey your own messages.” How many scientists have had to do just this when navigating through the comments of a contentious reviewer? Isn’t a conversation with a skeptical advisor or committee member, in some ways, a game of listening and negotiation? If you fall in a science category that is a political hot button (e.g., stem cell research, climate change), isn’t this exactly what you do to communicate your research to stakeholders? So, I would encourage all early-career researchers to take heart in the fact that you are, in an indirect way, building the soft skills needed to enter the diplomacy field. Don’t let yourself be your own biggest obstacle; the world needs you to get involved.