Pardeep Singh is a research scientist at Columbia University and a Vice Co-Chair of the Diversity, Equity, and Inclusion Committee of the National Science Policy Network (NSPN). Pardeep studies microglia immune activation in Alzheimer's disease and neurodegeneration. While obtaining his graduate training at the City University of New York, his interest in science policy began with a handwritten letter to Senator Chuck Schumer on issues related to diversity in STEM and the lack of graduate-level science teachers in NYC public schools. This subsequently led to an invitation to Senator Schumer's NYC offices where he realized, for the first time, that engaging with representatives should be a new role for STEM researchers. We get to know more about his passion for diversity in STEM and talk in-depth about what he has done and continues to do for his community. 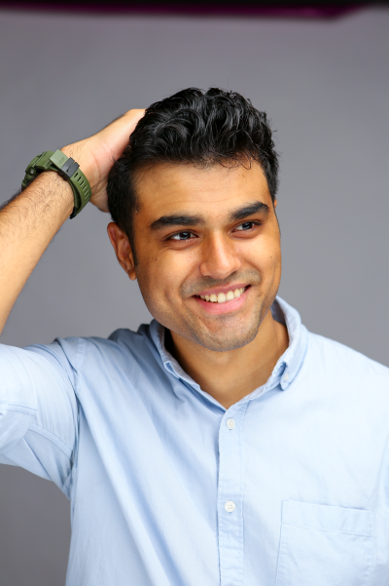 Diversity in STEM has been a key driving force for you. What do you think needs to change?

HBCUs represent only 3% of U.S. universities, but they produce 27% of all black students with STEM degrees. I believe we need to build stronger pathways for minorities to enter and to stay in the sciences and model our approach after HBCUs. Programs such as professional development training for URMs will give them the soft skills necessary to interview, network, and importantly, land science jobs in spaces they are underrepresented. I believe this will lead to the retention of minorities in the sciences and build agency with communities of color. I firmly believe that building agency with communities of color will lead to better health outcomes for minorities, bolster that amount of URMs in faculty positions, and allow us to specifically address science policy issues unique to URMs.

Opening a testing lab in Brooklyn during the pandemic reaffirmed my belief that incorporating diverse voices in STEM was a necessary step to combat COVID-19 in communities where English was a second language. There are more than 600 languages spoken in Brooklyn and the lack of bilingual and trilingual scientists made it difficult for non-English speakers to ask questions about COVID-19 in places where a language barrier was the only reason individuals were not getting tested.

Speaking of the testing lab, can you elaborate on what you did for the underserved communities of New York City during the pandemic?

New York City was formerly the epicenter of COVID-19 with Brooklyn having the highest death rates in the United States. At the height of the pandemic, I secured a partnership at the SUNY Downstate Incubators for free BSL2 lab space which was transformed into a COVID-19 diagnostic testing facility in less than six weeks. With the help of volunteer scientists from virtually every facet of the life sciences discipline, this lab offered free COVID-19 testing for some of the most impoverished and at risk communities in NYC. As a Brooklyn native, opening this lab in the heart of the borough meant that I could bring testing to the same communities I was raised in that often didn't have access to healthcare. Overall, these efforts saved the team ~$45,000 in lab supplies and lab space.

My experience building a pop-up COVID-19 testing lab has shown that there is unnecessary science policy, wasteful spending, and lack of government support for qualified scientists in emergency situations. I have a goal to create a policy platform for scientists to rapidly build an emergency testing lab for the pandemic after COVID-19. Creating an organized and scalable model that allows for rapid FDA, CLIA, and IRB certification for STEM researchers to build a grassroots laboratory will save lives during the next pandemic.

What's a project you are excited to work on in the NSPN space?

I believe scientists should be encouraged to utilize their expertise in emergency situations and adopt a secondary role in community engagement and science communication. Importantly, I believe scientists of color should be ambassadors for STEM in communities that historically have been affected by racist research and racist college admissions. Repairing this relationship between scientists and communities of color is one of my priorities.

On an individual level, I plan to do this by building ambassadorship with HBCUs, MSIs, and teaching basic laboratory techniques to inner-city kids in my hometown. As Vice Co-Chair for DEI, my goal is to not only build agency with scientists of color but also ensure that science policy issues for black and brown scientists are specifically addressed. I believe it's paramount that we amplify these voices through memo competitions, pathways to science policy careers, and anti-racism training. Long-term, I hope to build inter-organizational partnerships between NSPN and MSIs that bolster minority representation in the sciences. I believe that diversity should not be ancillary to our organization's mission but instead should be normal and incorporated into everything we do.

Best advice for early-career scholars to be active community members?

Be yourself. It's okay to disagree with your P.I. at times, but it's more important that you stand up for your thoughts, your rights and your community.

To connect with Pardeep, you can find him on Twitter (@DeepBrainStimuli) and Instagram (@ScientistFromBrooklyn). He is also launching a new podcast called "Deep Thoughts: Science and Social Justice," which explores the undocumented experiences of minorities in the sciences, arts, and public service. The podcast launches on September 25th on Apple Podcasts, Google Play and Spotify. Stay tuned in with the podcast's Instagram, @Deep_Thoughts_Podcast.