Ryan Dudek is a Ph.D. Candidate at NC State, Southern Hub Co-Chair, and Science Debate participate. As he prepares to take the next step in his science policy journey, we asked him a few questions about his policy experience, his future aspirations, and his advice for others seeking to follow in his footsteps. 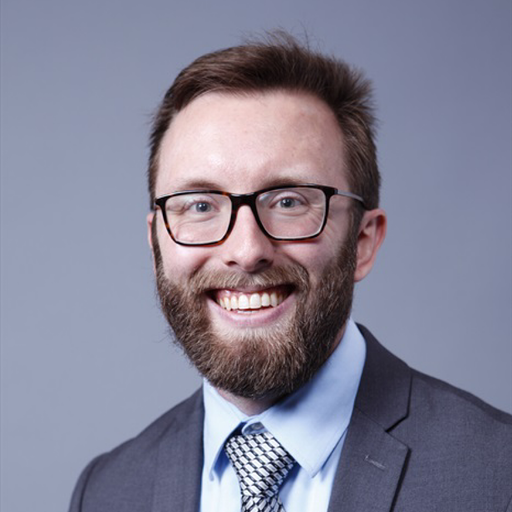 Hello! I’m Ryan Dudek and I’m a Ph.D. Candidate in Chemical Engineering at North Carolina State University. I’m an alumnus of both NC State (for my M.S.) and the University of Delaware (for my B.S.), two schools with two vastly different mascots. My doctoral research focuses on improving the energy efficiency of large-scale petrochemical processes, particularly for ethylene and propylene production, thereby reducing CO2 emissions from that tough-to-decarbonize industrial sector.

In parallel with my Ph.D. work, I’ve also worked extensively in science policy and student advocacy – during 2019-2020, I served both as a founding Co-President of the Science Policy Pack at NC State (or SciPolPack) and as Vice President for External Affairs at the NC State Graduate Student Association. As of July 2020, I serve NSPN’s Southern Hub as one of its two Co-Chairs.

I’ve been interested in science and government for most of my life, but mostly as separate topics – I enjoyed math and chemistry in high school, and I also took courses in public policy and constitutional law. Like many people I know, I actually wasn’t too familiar with science policy as a unique field – or with how vitally important it is – until 2016 and early 2017. Around that time, I began to observe an uncoupling of scientific evidence from federal legislation and regulations in the U.S., along with an erosion of public trust in expertise and an increasing frequency of political attacks on the research enterprise.

Motivated by these challenges, I started to gain experience advocating directly for evidence-based policies and support of basic research to our representatives in Congress, first as a supporter of carbon pricing legislation to address climate change (with Citizens’ Climate Lobby), and then as a higher education advocate pushing for the preservation of federal student loan programs, fair visa policies for international students, increased federal support for campus mental health resources, and more (with the National Association of Graduate-Professional Students). My experiences in science advocacy put me on a collision course with science policy, and for the past year and a half I’ve focused most of my free energy in that space, especially with SciPolPack and NSPN.

NSPN recently announced a collaboration with Science Debate. Could you tell us more about that program and your role in it?

Science Debate is a non-partisan non-profit group which has been asking science and technology policy questions to candidates in U.S. elections for over a decade. For the 2020 election, Science Debate and NSPN are partnering up to bring this effort to the state level for gubernatorial, state senate, and state house elections.

I’m a member of the North Carolina team, which is being led by NC State graduate student Ishita Kamboj and which contains team members from three NSPN chapters: the Science Policy Pack at NC State, the Science Policy and Advocacy Group at UNC Chapel Hill, and Spartans for Science and Policy at UNC Greensboro. Together with a collection of local community organizations, we are developing S&T policy questions unique to North Carolina and sending these to all candidates for the General Assembly, as well as our state’s U.S. House delegation. As for me personally, I’ve been primarily involved in drafting our energy, environment, and agriculture-related questions, and with performing outreach to candidates in Charlotte, Fayetteville, and the southern part of the state. You can follow our efforts on Twitter, @NCScienceDebate!

You were recently elected Co-Chair of NSPN's Southern Hub. What are you excited about doing with the Hub this year?

I have a few priorities! Along with fellow Co-Chair Sarah Goggin, I want to shift the focus of our Southern Hub meetings towards a more engaging model for our chapters and individual members – to create an environment where groups can workshop new ideas for policy writing, chapter events, etc., and receive constructive feedback, and to provide opportunities for Southern Hub members to work together at a regional level and collaborate directly, whether it’s on smaller tasks or longer-term projects.

In addition, I’ll be putting a lot of energy into expanding NSPN membership and helping to develop new chapters across the South, with an emphasis on outreach to institutions in states or regions where we don’t have much representation currently. During this process, we must be intentional about promoting diversity, equity, and inclusion within our network and supporting racial justice through our actions. As Co-Chair, I am committed to working with our Southern chapters to partner with minority-serving organizations on new events and initiatives, and a core objective of my year in this role will be to support the establishment and growth of several new NSPN chapters at HBCUs and MSIs throughout the South. The last major item on my agenda is to encourage our Southern chapters to develop relationships with local communities and state legislatures.

Are you involved in any other science policy activities?

I’m still actively involved in NC State’s science policy group, SciPolPack, and I’m working with the other officers to create our fall slate of seminar speakers – we’re getting ready for a big recruitment push to get more students interested in science policy! I’m also mid-way through a six-week course on science and technology policy analysis offered by Dr. Deborah Stine, which has been a great experience and has really helped me to hone my policy writing skills. And finally, I’ve recently started my applications for the 2021-2022 term of the AAAS Science & Technology Policy Fellowship, which is super exciting! There’s definitely a lot more I want to be doing, but most of it will have to wait until after my final PhD defense in October.

What is your best advice for another early career scientist who wants to be more involved in policy?

Right now is an excellent time to begin getting involved in science policy and related domains like science communication, science advocacy, science diplomacy, etc. Just in the past two years, there has been an explosion in available resources like webinars, writing workshops, forums, and courses, and most of it is free! Much of this information can be found via #SciPol Twitter, which doubles as a great place to establish and grow your network with people who share your specific policy interests.

If you’re not exactly sure what policy subjects you’re interested in, or what type of work you want to do, you can start by exploring those resources and eventually you’ll find something that speaks to you. If you already have a specific area of policy you’re interested in, you can often find and volunteer with a local community organization or a nearby branch of a non-profit that performs work in that topic area.

If you’re at a university, student governments and graduate student associations are a great choice to get practical experience with writing legislation and position statements, advocating for your peers, talking to lots of stakeholders, and solving layered problems, all of which are extremely helpful in policy work. Universities also frequently have political science departments with course offerings in policy analysis and related topics that you can take. And finally – check if there is a science policy group at a nearby university and get involved with them! Even if you’re not a student there, it’s easier than ever to join events virtually and the science policy community is really welcoming, so get in touch and ask to join any event or initiative that interests you!