NSPN recently held elections for leadership positions at the Committee, Hub, and national levels. We’re pleased to announce the following new members of our team!

The Diversity, Equity, and Inclusion Committee is expanding this year to help us expand resources, recruitment, and other antiracism efforts within and beyond our NSPN community. We are thrilled to have both Annabelle Lolinco and William (Iam) Gaieck leading these fearless efforts.

Annabelle is a graduate student at Iowa State University studying the intersection of Chemistry, Communication and Education. Outside of research she is a big fan of animation and animated media. Most recently she finished the Netflix reboot of She-Ra and the Princess of Power. To keep inspired she gets a daily motivational quote from the extension Momentum Dashboard. Her current favorite is from Maya Angelou: “Nothing can dim the light which shines from within”.

Iam is currently an ORISE Fellow at the Department of Energy specializing in water security, energy, and critical materials. Iam has his PhD in material sciences and engineering from the University of California Irvine. Outside of his science policy work Iam enjoys kayaking, stand-up paddle boarding, and climbing. He also happens to teach all three.

Kathy Shield will be returning to lead the Diplomacy Committee for a second year after also serving as inaugural Western Hub Co-Chair in 2019. A graduate student at UC Berkeley, Kathy studies nuclear engineering and radiochemistry at Lawrence Berkeley National Labs. Kathy is a certified downhill ski instructor and proud dog mom to Atom.

The Communications Committee will be led this year by Meredith Schmehl. Meredith currently studies neurobiology at Duke University and is an active and passionate science communicator with numerous articles published including one about the neuroscience of the perception of weight in Scientific American. Meredith has also played the cello for over 15 years and was involved in several orchestras, quartets, and pit ensembles for musicals as a child.

Interestingly, Dilara Kiran has also played music for 15 years, though her specialty is the French horn. Dilara will lead the Graduate Education Committee this coming year with a passion for improving the policies that support graduate students’ educational experiences. Currently Dilara is working on her Doctor of Veterinary Medicine degree at Colorado State University. She has always been fascinated by the platypus which is one of only two egg laying mammals and the males also have venomous spurs on their back feet!

The Grants & Finance Committee will be led by Robert Stanley who is a former Co-Chair of the Central Hub. Rob is a graduate student at the University of Notre Dame studying the defensive chemicals some plants produce against pests and the genes that underlie them. Rob shared that he is undefeated at foosball, has “accidentally” gone swimming in the Everglades, and has traveled to participate in several hip hop and breakdancing competitions throughout graduate school.

This year we also have an ad-hoc State Fellowships Committee which will be assessing the needs of current and aspiring state-level science policy fellowship efforts across the country and collating resources to facilitate and accelerate these efforts. Melody Tan, graduate student in Bioengineering at Rice, will lead this committee. Melody relates to Leslie Knope from Parks and Recreation on basically a spiritual level. She especially identifies with this quote from Leslie: “If I seem too passionate, it’s because I care. If I come on strong, it’s because I feel strongly. And if I push too hard, it’s because things aren’t moving fast enough. This is my home, you are my family, and I promise you, I’m not going anywhere”.

Intersted in joining one or more of these committess? Sign up here!

We also have one new co-chair representative per region. Here are some fun facts about both our new and current regional hub chairs:

Erin Reagan researches vaccine design and infectious disease as a graduate student at the University of Pennsylvania. Erin loves growing and preserving her own food. She has a vegetable garden that yields everything from blueberries to potatoes and hopes that someday she will grow enough to supply herself with a whole year’s worth of produce. 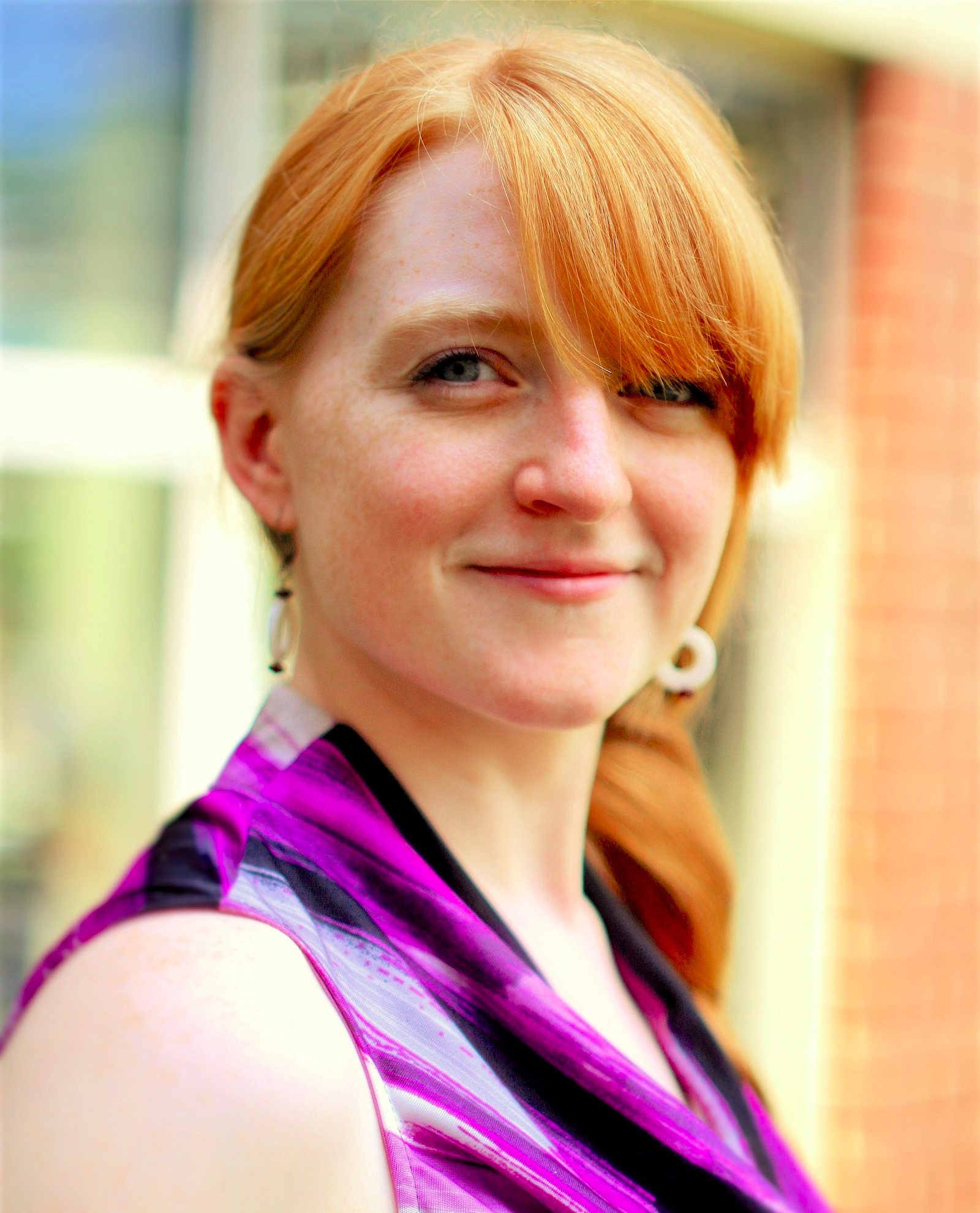 Bernat Navarro is a graduate student at Johns Hopkins University studying pancreatic cancer cell invasion and metastasis. Bernat played roller hockey for 9 years as a child. While it is not well known in the U.S., roller hockey is quite popular in Spain.

Daniel Puentes studies nuclear physics at Michigan State University. Daniel enjoys discovering natural wonders throughout the state of Michigan. He and his fiance have trekked through blizzards, and explored ice caves in the upper peninsula of Michigan. They also rode sleds down 400+ foot tall snow covered sand dunes along Lake Michigan!

Emilee Kotnik is a graduate student in Molecular Genetics and Genomics at Washington University in St. Louis. Emily’s research focuses on the genetic causes of ovarian cancer metastasis. In her free time she loves drawing, crocheting, and doing other arts and crafts. Most recently she made several acrylic pour abstract paintings.

Ryan Dudek is a graduate student in Chemical Engineering at North Carolina State University. Ryan really enjoys spicy food, especially Sichuan, Peruvian, and Korean, ideally in large quantities. He is notorious among friends both for eating more slowly than anyone thought possible and for putting away twice as much food as anyone expected.

Sarah Goggin is a graduate student at the University of Virginia. Her research focuses on how genetic and environmental factors affect obesity risk through their impacts on brain development. To entertain herself at home during the pandemic Sarah got a dart board. Since the beginning of the first work from home order she has been practicing regularly, working towards being a professional darts player as a backup career.

Amanda Koch is a graduate student in Biochemistry and Molecular Biology at Colorado State University studying epigenetics, RNA biology, and virology. Amanda enjoys backpacking, rock climbing, and skiing, the typical Colorado hobby set. At home she has a pittie named Meeko and two cats named Albert and Lady Kevin. Amanda also lives by this quote from Dr. Seuss’s the Lorax: “Unless someone like you cares a whole awful lot, nothing is going to get better. It’s not”.

Eric Lee is a postdoctoral researcher at the Engineering Biology Research Consortium and soon to be AAAS Science and Technology Policy Fellow at USAID. Eric really enjoys windsurfing and sailing. During “normal times” he can be found out on the water every few days, but even now during the pandemic he usually manages to catch the wind about once a week.

In addition to the Committees and Regional Hubs we have two new leaders joining our team to help coordinate and launch new NSPN programs.

Overseeing the inaugural SciPol Scholars-in-Residence program is Derreck Carter-House, former Graduate Education Committee Chair. Derreck recently completed his PhD in Plant Pathology at the University of California, Riverside. Derreck and his grandpa share the hobby of making leather goods - everything from bags and wallets to whatever else. Most recently Derreck crafted a leather dog collar.

Chanel Matney is joining the team as our Mentorship and Professional Development Coordinator. Chanel currently works as a transportation policy consultant for the California State Assembly. To carry on as a bubbly and extroverted empath during a national lockdown, Chanel invested in no less than a dozen house plants - ranging from ferns, to herbs, to succulents, to cacti, to a baby tree. They all have names and are lovingly tended to, taking turns to sit in a sunny spot on her desk. While it’s a poor replacement for the human-to-human connections Chanel so desperately misses, her subscription to not one - but two - plant-in-the-mail subscriptions ensures that her family of huggably-cute greenery will continue to grow. 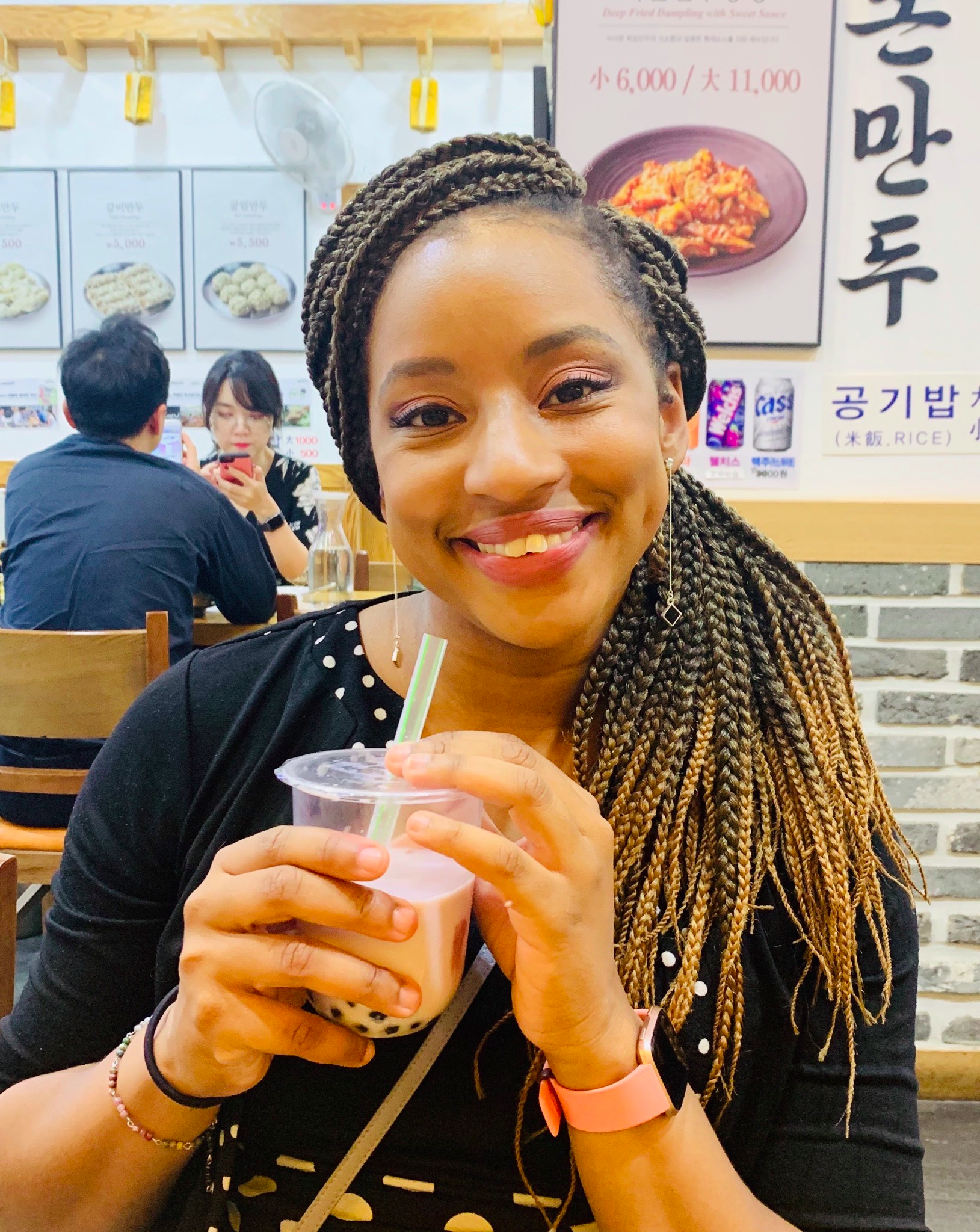